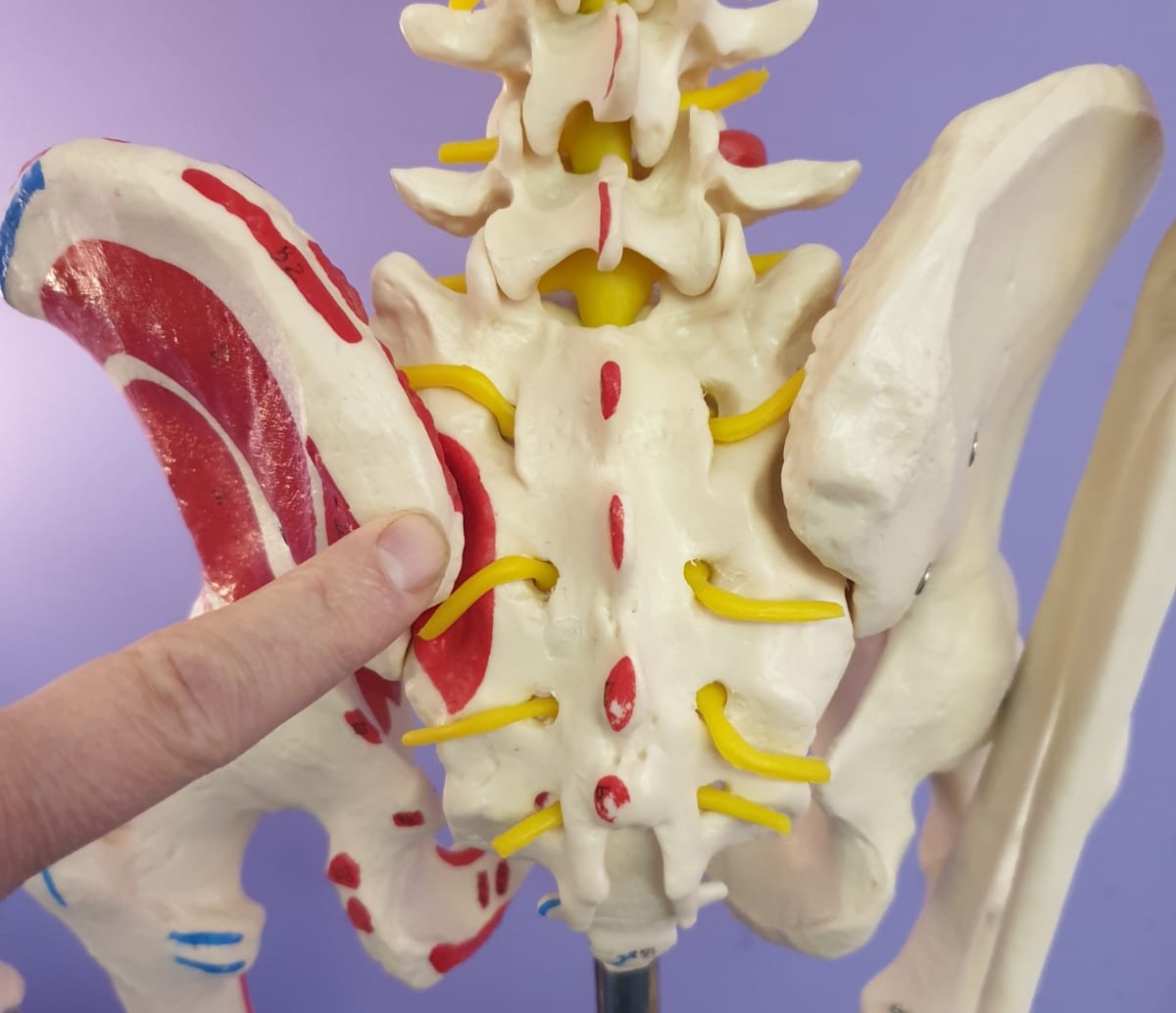 I’m often approached by people who’ve had failed treatment for pain in the sacroiliac region with other osteopaths or physiotherapists. This is not just becasue it’s an area of work I specialise in. Chronic sacroiliac pain can be difficult to treat. Patients often find themselves doing the rounds of all the local osteopaths and physiotherapists.

I always ask the patient to describe previous treatment they’ve had previously. Early in my career this was because I didn’t want to reproduce the same failed treatment as the previous osteopath. But, I often found myself listening to what I though sounded like a description of good treatment. I would then find myself trying to help somebody with sacroiliac pain without access to the techniques I like best because they had already been used and shown to be ineffective with the person sat in front of me.

After a few years of scratching my head, and I’m afraid to say more than a few unsuccessful treatments, I had a eureka moment. I realised I’d been missing something. It was something I hadn’t been taught in osteopathy school, it was far too simple and basic for that. It was something that we almost all take for granted. I was missing the power and repetition of our daily movement patterns. 40 minutes of good treatment per week along side 6,720 minutes per week (16hrs/day x 7) of habitually over braced movent patterns is not enough to make a difference. I needed to do more.

People with chronic pain have consciously or subconsciously (usually a bit of both!) developed protective movement strategies. They move their bodies in abnormal overly protective ‘braced’ ways. They do it all the time every day. Everytime they sit from standing, or everytime they stand from sitting. Everytime they move from their toaster to their kettle and every time they reach for the TV controller. I realised I could do all the excellent treatment in the world but unless I addressed the way the brain was controlling the movement habits that these people had developed I was going to fail.

The best part is that these movement pattern are usually easy to treat. Often, it’s just a case of pointing it out to the patient and showing them an easier way. The usual reaction is ‘Wow, I didn’t realise I was doing that!’ and the result is like unlocking them with a key. It doesn’t mean all the is done but it does open the road to successful treatment and it puts the patient much more in control of their pain.

We use cookies on our website to give you the most relevant experience by remembering your preferences and repeat visits. By clicking “Accept All”, you consent to the use of ALL the cookies. However, you may visit "Cookie Settings" to provide a controlled consent.
Cookie SettingsAccept All
Manage consent

This website uses cookies to improve your experience while you navigate through the website. Out of these, the cookies that are categorized as necessary are stored on your browser as they are essential for the working of basic functionalities of the website. We also use third-party cookies that help us analyze and understand how you use this website. These cookies will be stored in your browser only with your consent. You also have the option to opt-out of these cookies. But opting out of some of these cookies may affect your browsing experience.
Necessary Always Enabled
Necessary cookies are absolutely essential for the website to function properly. These cookies ensure basic functionalities and security features of the website, anonymously.
Functional
Functional cookies help to perform certain functionalities like sharing the content of the website on social media platforms, collect feedbacks, and other third-party features.
Performance
Performance cookies are used to understand and analyze the key performance indexes of the website which helps in delivering a better user experience for the visitors.
Analytics
Analytical cookies are used to understand how visitors interact with the website. These cookies help provide information on metrics the number of visitors, bounce rate, traffic source, etc.
Advertisement
Advertisement cookies are used to provide visitors with relevant ads and marketing campaigns. These cookies track visitors across websites and collect information to provide customized ads.
Others
Other uncategorized cookies are those that are being analyzed and have not been classified into a category as yet.
SAVE & ACCEPT